Welcome to the 3rd stop of our magic virtual tour!
We’d never leave Villafranca without first visiting its “heart”!And if you’re wandering what are we talking about… then of course we’re talking about the ancient
Castello Scaligero! Located right in the centre of the city and considered as one of the most impressive and well-conserved historic castles of Italy. 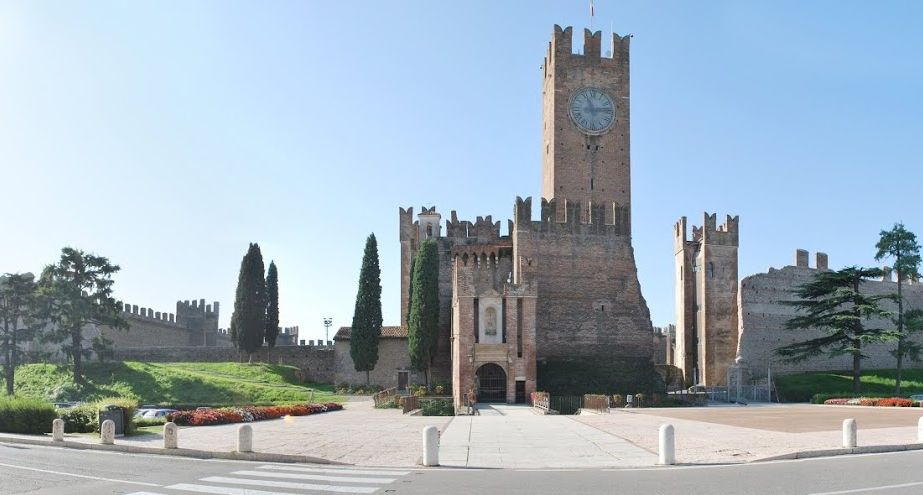 But let’s take a step back and discover when was it built and the reason why. Like the majority of castles, it was built as a defense structure during the Middle Ages (1185-1189). The surrounding wall was completed in 1200 and about 40 years later the first tower was erected.
However, just few years later it went on fire and ended up completely destroyed by the city of Mantova… Therefore it was rebuilt in 1242 and – since it was never used as a residence, it was included in the Serraglio, a very complex defense system formed by several walls and fortifications (also in the Valeggio sul Mincio and Nogarole Rocca area), ideated by the Della Scala family, who ruled over Verona for more than 125 years.  Nowadays (and especially during our guided tours!) it’s still possibile to see the rests of the Serraglio and the fortifications of Valeggio sul Mincio, Villafranca and Borghetto sul Mincio! But let’s talk about more “recent times”. The golden age of Castello Scaligero wasn’t during the Middle Ages at all because, as soon as the Republic Of Venice (the so called Serenissima) conquered Verona in 1400 the castle was totally abandoned (in 1450). Later, it was bought by a private – probably by the counts of Villafranca, and during the Risorgimento the castle could reborn, together with the city itself. At the beginning of the XIXth century the municipality of Villafranca bought parts of the castle and started a great project of renovations and improvements of the existent building. The inside and the  main tower were totally renovated and completed with a clock – that it’s still visible today – , channels were dried out and bastions properly arranged. 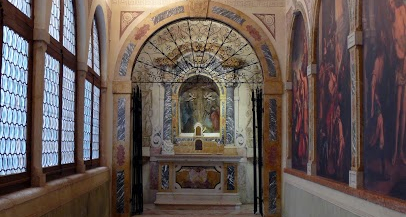 Church of Cristo, inside the castle – Source: www.terredelcustoza.com

Today its perimeter is completed with some small towers (called torresine) and, starting from the ‘90s it successfully hosts several events, such as concerts, fairs and much more. But even “empty” without any kind of performance on stage, you can enjoy the building, admire the great details of its towers, lie down on the grass and smell not only history all around…but also a bit of Shakespeare! Yessss, because the famous writer decided to set here at the Castello some acts of his masterpiece Romeo and Juliet!

Dear friends, you can’t miss a visit to Villafranca with Bike Experience!
History it’s even better with us! Thank you for reading us today and… do you know what’s next? ?